How can I renew a service?

How do I change the holder or email address of a customer account?

How do I get student status?

I've just been charged for a cancelled service

I've just been debited twice for the same service

My offer appears as Deprecated

How do I start my dedicated server on a customized ISO?

How to access the KVM console of a dedicated server?

How to access the management panel of a dedicated server?

How to reinstall a dedicated server?

How to turn off, turn on or restart a dedicated server?

How do I disable auto-renewal for my domain?

How do I get the transfer code for a domain?

How long does a domain transfer take?

How to change the namservers of a domain?

How to disable transfer protection?

My domain does not work

How do I configure my domain for Zimbra?

How to create a Zimbra domain alias?

How to create a Zimbra email alias?

How to activate VNC connection on Ubuntu Desktop?

How to enable RDP connection on Ubuntu Desktop

How to install Ubuntu Desktop?

Methodology of the benchmarks

My Linux server is slow

Your server has been compromised

Can I get a refund for my order ?

How do I cancel a pending invoice?

My order in stuck "Pending"

What payment methods do we accept ?

How do I allow PulseHeberg support to connect to my server?

How to get the status of the service?

I can't send emails from my server

Does FUSE work on my VPS KVM?

Does TUN/TAP work on my VPS KVM?

How do I change the reverse DNS of my VPS KVM?

How do I reinstall a VPS KVM?

How does anti-DDoS protection work on a VPS KVM?

How to access the console of a VPS KVM?

How to access the management panel of a KVM VPS?

How to create a snapshot on a KVM VPS?

How to turn off, turn on or reboot a VPS KVM?

How to use the integrated firewall on a VPS KVM?

I can't install packages on my VPS with Debian or Ubuntu

Install a custom OS on your KVM VPS

Is Docker compatible with my VPS KVM?

Is it possible to downgrade a VPS server?

Is it possible to have additional IPs on a KVM VPS?

Is it possible to migrate from an OpenVZ or LXC VPS to KVM?

Start your VPS in rescue mode

The panel shows that my VPS KVM consumes all its RAM.

What OS are available on the VPS KVM ?

Your VPS KVM server is suspended for Hack

Docker does not work on my VPS LXC

Fuse does not work on my VPS LXC

How do I access the LXC VPS management panel?

How do I backup a VPS LXC ?

How do I change the reverse DNS of my LXC VPS?

How do I reinstall a VPS LXC?

How do I turn off, turn on or restart a VPS LXC?

How does anti-DDoS protection work on a VPS LXC?

How to set up a scheduled backup on an LXC VPS

How to use the integrated firewall on a VPS LXC ?

Is it possible to access the console of a VPS LXC?

Is it possible to have additional IPs on an LXC VPS?

What OS are available on the LXC VPS?

Your VPS has just restarted

Your server is suspended for Hack

Docker does not work on my OpenVZ VPS

Fuse does not work on my OpenVZ VPS

How do I access the OpenVZ VPS management panel?

How do I change the reverse DNS of my OpenVZ VPS?

How do I reinstall an OpenVZ VPS?

How do I turn off, turn on or restart an OpenVZ VPS?

I am banned from the OpenVZ VPS panel

How do I change the hostname of my VPS?

How do I activate DKIM signature on my hosting?

How do I change the PHP settings?

How do I change the PHP version of my domain or sub-domain?

How do I change the directory where my main domain points?

How do I configure my domain to point to my hosting?

How to activate an automatic email response?

How to activate an email alias?

How to activate an email redirection?

How to add a second domain?

How to consult the logs?

How to create a database

How to create a scheduled task (CRON)?

How to create a sub-domain?

How to install a CMS with Softaculous ?

How to manage the Apache and Nginx configuration of your web hosting?

How to uninstall a CMS with Softaculous ?

Is there anti-DDoS protection on the web hosting service?

Login to the Plesk panel

Manage your DNS zone from Plesk

My email is rejected by the outgoing spam filter

What are the limitations of sending email from my hosting ?

What versions of PHP are available? 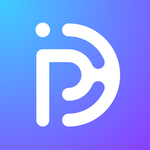 Updated 2 years ago by l'équipe PulseHeberg

This article has been written and tested on a server installed on Debian 9 & Ubuntu 18.04. This content should easily be applicable to other Linux-based OSes, but some settings may need to be changed.

The vast majority of our Linux servers (VPS or Dedicated Servers) are delivered "naked", that is, with a configuration very similar to what you would have had if you had installed the OS by yourself.

This basic configuration does not include any elements to ensure the security of the server. It is therefore strongly recommended to follow these few small rules to reinforce the security of your VPS.

This article will voluntarily focus on protecting the root access of your VPS (which is the most vulnerable to its delivery, and most often attacked). Other aspects of the security of your VPS can also be explored (setting up a firewall, regular OS updates, regular log analysis, backup, etc).

During delivery, if you did not define it yourself, your VPS is created with a random 6-character root password, to make it easier for you to access your VPS for the first time. This password, although random, is very weak (less than one hour of brute force is required to access your VPS). It is therefore imperative that you change it to another password, much longer.

Under the vast majority of Linux OSes, only one command (as root) is needed: "passwd root".

The utility will ask you to enter the new root password you want to set up twice. When you type these passwords, nothing appears on the screen: This is normal. Linux, unlike Windows, does not display stars or characters when a password is entered in the terminal.

IP addresses of servers are very regularly the target of attacks by Brute Force. Even though usually a strong password is unbreakable (it would take centuries), setting up protection against BruteForce is very simple and only takes a few minutes and will further protect your VPS.

The basic protection against these attacks is provided using the "fail2ban" packet, which is able to monitor the logs of very many services of your VPS, and temporarily block IPs that appear regularly in these logs.

This packet is simply installed with the command "apt install fail2ban".

Once fail2ban is installed, all you have to do is configure it using the following command:

This will automatically create the file "/etc/fail2ban/jail.d/ssh.conf", with the following content

This file is used to specify the location where the SSH service logs are located (/var/log/auth.log) by default, the number of attempts (maxretry=3) that an IP is allowed to perform within the detection time (10 minutes by default), and the duration of banning this IP from the server (bantime = 900 → 15 minutes)

All you have to do is restart the fail2ban service with the following command, and your brute-force protection will be active.

If you accidentally get blocked from your server, and you don't want to wait for the 15-minute delay, you can empty the list of banned IPs via the command "iptables -F". To do so, you will need to access the shell of your VPS via the console available on your control panel, then enter the root password of your VPS.

Changing the listening port of your SSH server will not protect you from targeted attack attempts (it is very easy for someone to find out on which port your SSH server is actually listening), but it will allow you to avoid attacks from bots/robots that crawl through the IPs of servers, looking for servers that are easy to hack.

To make this modification, you just have to modify the file /etc/ssh/sshd_config, and replace the line "Port 22", by "Port 8822". You can of course replace 8822 by any other port number that is not used on your server. Also check that there is no "#" in front of this line. If a # is present, remove it, otherwise this line will be ignored.

After any changes on SSH, make sure to test your new configuration in a new console (keep the old console open). If for any reason your configuration was incorrect and you can't connect, the always open session in the first console will allow you to fix your error. Changing the SSH configuration does not affect sessions that are already open. Even if you stop the SSH service, the current sessions will remain open.

How did we do?

How to install Ubuntu Desktop?

Your server has been compromised

My email is rejected by the outgoing spam filter